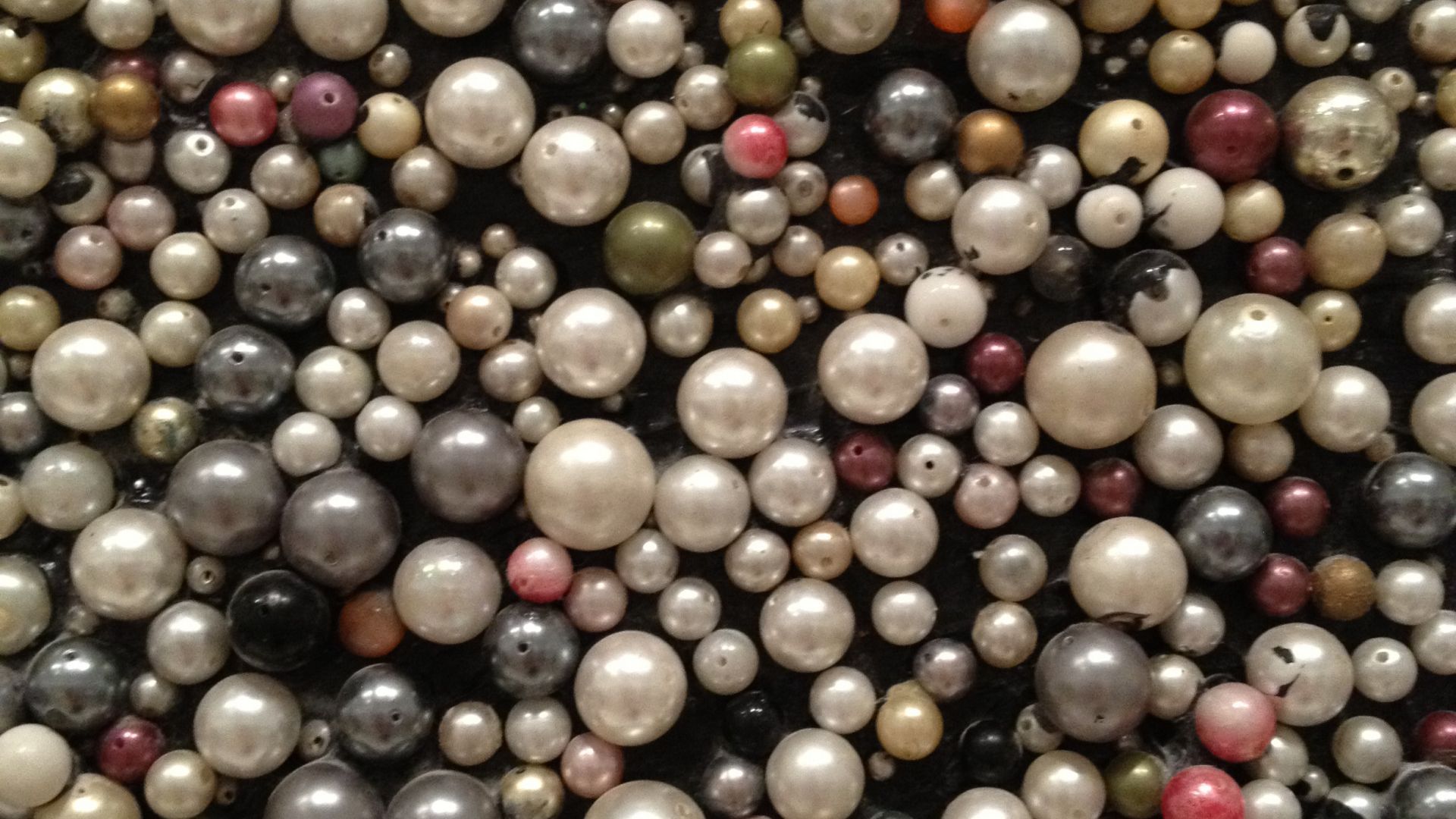 The decision to collapse illustration, drawing, photography, typesetting, painting, and the totality of the graphic arts into a piece of software, developed on Industrial Light & Magic’s Pixar Image Computer in the late 1980s, was not so much a strategy of disruption as a necessity born from the parameters of efficient production. When Photoshop 1.0 was unleashed for public use in 1990, the technology was not taken seriously as a tool applicable to the fine arts. The software, which we now take for granted, collapsed decades of worldwide darkroom research and development. Moreover, it drew on the cut-and-paste of the original avant-garde as well as the precise grids of Bauhaus-trained designers, such as Jan Tschichhold and Herbert Bayer. Photoshop was a collapse of the history of twentieth century technique, in part initiated by the aesthetic breakthroughs in advanced culture and refined by commercial practitioners globally. Yet as this simple piece of software affects nearly everything we see, it becomes easy to take its power for granted. More so, despite a strong historical dialogue between painting and computer graphics, the prospect of printed, mounted works drawn by an inkjet printer—marked by mouse and keyboard gestures, and positioned as an as an act of painting, as in the recent work of Martin Steele—is still a provocative prospect on the west coast of the United States.

Why is this? Perhaps it is the silent cultivation of the so-called fine arts by the minds of an entertainment industry obsessed with narrative depiction, invisibly structuring what we classify as painting? Those staunch men with offices in Century and Studio Cities believe not in the potential of narrativity. Any form of culture that necessitates critical thinking can’t work.  If the masses won't buy it, it cannot be made. Belief in nothing other than the story as a package to deliver their commodity, their “streaming” delivery of an invidious and overlooked cultural knitting, impacts, informs, and leads to how we “see” and what we see.

Unsurprisingly, positing that any form of culture that necessitates critical thinking can work, many of Martin Steele’s generational peers propose a radical relationship to entertainment culture, be it Jack Goldstein’s abstraction of the spectacle, Mike Kelley’s mining of subterranean pop, or Stephen Prina’s acute interrogation of expression, which brilliantly rides on the effects of pop music. The popular, but not the populist, has been powerful grist for some of the best twentieth century American art. The focus on cultural analysis of the popular has deep roots in Los Angeles, beginning in the early 1940’s.

Theodor Adorno moved to Los Angeles in 1941 following time in Manhattan.  Along with Bertolt Brecht, Max Horkheimer, and other key German thinkers, the Pacific Palisades, where they settled (just up the coast from Santa Monica), became referred to as “German, California.” Still closely linked with the Frankfurt Institute, which found a temporary home in New York during World War II, Adorno and his colleagues continued to develop a strong critique of fascism—a subject that had painfully hit the school. In 1940, Walter Benjamin, Adorno’s friend, academic colleague and peer, and frequent reader of his manuscripts, took his own life while attempting to flee occupied France.  Adorno, an absolutely brilliant aesthetician, built his arguments on the shoulders of Benjamin.  Adorno’s look at atonality in the music of Arthur Schopenhauer was built on his critical relationship to Benjamin’s interest in surrealism as an aesthetic model.1 Despite subtle-yet-profound differences in the dialectics of Benjamin and that of Adorno, it is the Benjaminian sensibility that remains tied to the particularities of European culture. Benjamin and this sensibility become Martin Steele’s deepest root into the analysis of the popular.2 After all, Benjamin roots the origins of (commodity fetishism) capitalism itself in industrializing Europe.

Of all of the cities that figure into the world of Walter Benjamin, nineteenth-century Paris is most significant. Moreover, it is the pedestrian-level life of this dazzling city that fascinates. Pulling on Charles Baudelaire’s idea of the flaneur, Benjamin, over the course of numerous essays, and in his unfinished master work the Arcades Project, develops a specific dialectics-cum-aesthetic position on man’s relationship to the commodity, both in his historical imagination of the second half of the nineteenth century, and in his connection to the lived experience of the surrealists between the two world wars.

The identity of the flaneur is key to understanding Benjamin’s idea of aesthetics. Directly translating as “stroller,” the flaneur was a finely dressed subject who walked the Parisian arcades and became absorbed in manufactured goods behind the plate glass windows, glinting in the illumination of giant skylights, which sheltered the stylish foot soldier from rain. While this identity is part of French popular culture in the nineteenth century, the idea of the flaneur has become a seminal position within the field of art for a number of reasons. One is due to the enduring significance of Benjamin’s work on aesthetics as a whole. The other is a core idea of art making established by Charles Baudelaire in his 1863 essay “The Painter of Modern Life,” which argues that the best art deals with the problems of its day.  Baudelaire championed an artistic project that wrestled with its own time. He builds this argument directly through an appraisal of Constantin Guys, a draftsman who traveled to sites of war in late nineteenth-century Europe to produce renderings of historical events as they happened.  Infinitely richer is the painting of Eduard Manet.  For Manet, reference to Spanish painting was often a foil for the handling of topical French social issues, whether it be Parisian bohemians dressed as themselves painted in Spanish browns, or Dead Toreador (1864), reproduced as an etching in 1871 during the brief rule of the Paris Commune.4

Benjamin’s flaneur is tied to the idea of dialectical thinking. Loosely speaking, dialectical thinking is a relational process between a subject (in this case, the flaneur) and an object (the world). This is an unending thought pattern in which the subject never presumes a fixed position. Instead, the flaneur is always in flux, shifting and processing the glints of light bouncing off the manufactured goods on display, and of course the images and advertisements that populate the arcades.  The mind of this key Benjaminian subject descends into the arcades like a scuba diver being subsumed by the ocean. Like Photoshop collapsing decades of techniques, the flaneur is a subject who can receive and digest the collapse of his contemporary world. The mass image, in all its promiscuous invasiveness, populates his inner life. Benjamin refers to this state as the “furnished man.”3

Martin Steele, painter and flaneur, has his own arcades. As we jump cut over the course of one hundred years, one has to imagine not steel and glass buildings full of store fronts, but stacks of hard drives and cloud-based storage exceeding multiple terabytes. Within the drives exist images of objects from the fine and applied arts, documentation of his own work (which recirculates into new pieces), and folders dedicated to recurring motifs including baby dolls, masks, still lives, clouds, diverse variations on the figure.  In addition, volumes of critical theory, fiction, and art history line his bookshelves. Even though walking the Parisian arcades may have been the flaneur’s choice activity, absorbing his surroundings and acting as a processing engine for French popular culture was his true occupation. The mind of the flaneur and his realm--the arcade--become a site of dialectical productivity for Benjamin. Acting as flaneur himself, in his final, unfinished tome, Benjamin sifted through multitudes of notes in an attempt to give form to his arcades. Today, it is no surprise that the twenty-first century flaneur is a denizen of network culture’s digital realms.

Martin Steele makes paintings. Unlike Manet, a brush coated in linseed oil and pigment does not chop out representation, but Steele doesn't exactly do the opposite of that either. He is not an antipainter by any stretch of the imagination. Instead, his work, built from the technological specificities of contemporary life, subverts our ideas of what paint is and shows us what painting could be.  Building on years of photo and text based work, Steele’s process shifted in 2013.  Since then, his objects have been made with an inkjet printer, along with a print studio run by Toby Michel, whose lab has become an atelier for Steele. Printed on an Epson 9880, paper is run through the machine while a print head with a palate of inks repeatedly passes over the paper, literally drawing fine line over fine line until the density of the marking is so engulfing as to appear as a continuous tone. The inkjet head does not touch the paper; it sprays the ink onto its surface from millimeters away. The closest analogue painting tool is the airbrush.

Despite the airbrush’s history in the popular arts, the nineteenth century rears its head again when considering Steele’s process. Georges Seurat’s pointillism is the source. A Sunday on La Grande Jatte (1884/86) predates the invention of four-color process printing by twenty-two years. And while New York City was shocked by Warhol’s use of mono and multitone silkscreen in the 1960s, one can’t help but note the ongoing dialogue between commercial print processes and the fine arts. In the mid 1990s, Albert Oehlen used commercial billboard printing technology, as well as primitive computer imaging software, to make painterly graphics. Once printed, these déclassé digital images became the subject of his expressionistic overpainting with oil colors. In the fall of 2004, Wade Guyton’s experiments with inkjet printing onto linen were shown in Yilmaz Dziewior’s important show Formalismus. Moderne Kunst, Heute staged at Kunstverein Hamburg. It is key to note that it was the curator’s contextualization of Guyton with painters who use paint, such as Sergej Jensen, Tomma Abts, or even Michael Krebber, that determined the construction of the New York artist’s work as an act of painting. It was not the artist’s mythical self-identification with a haloed medium that made Guyton a painter. It was the discursive capacity of curatorial and museological practice that constructed the artist’s position relative to the classificatory regime of medium.

While it might be obvious to tie printed linen to painting, Steele takes the proposition one step further. His computer-drawn graphics are face mounted to plexiglass, fusing the printing ink with the thin, clear acrylic of the panel. While Guyton’s work may be dependent on something as classic as stretched linen, Steele’s work exploits the Venetian idea of glazing. Instead of oil color cut with damar, industrially produced acrylic coats the image edge to edge. The argument for the object to be understood as painting is literally sealed and resolved behind this glazing.

Unlike arguments about the so-called “post-medium” condition, Steele’s work is not dependent on a core medium.5 Painting is not the edge of the pool for Steele, that place from which he can launch into the expanded field. Instead Steele, like all of us that live in the twenty-first century, must navigate the complex terrain of globally networked relationships for everything from fiscal transactions to acts of faith. Within this true expanded field of network society 6 the choice the artist faces becomes a question of how to enter and engage the system of art. Unlike Guyton, Steele has directly taken on the weight of positioning himself within a realm of both discursive and material circulation. Using the finesse of the written and spoken word, and specific material choices, Steele’s chromatically charged filtration of his own Parisian arcade challenges the nomenclature of West Coast painting. In doing so, he creates a through line from nineteenth century Paris to the present, revealing the stamina of the Benjaminian flaneur.

6. Manuel Castells, The Rise of Network Society (Wiley-Blackwell, Hoboken, 1996) Coincidentally, the release of Photoshop 1.0 is coincident with the emergence of global capitalism and network society.

Stay connected with news and updates!

Join our mailing list to receive the latest news and updates from our team.
Don't worry, your information will not be shared.

Stay connected with news and updates!

Enter your info to receive news, updates and much more...