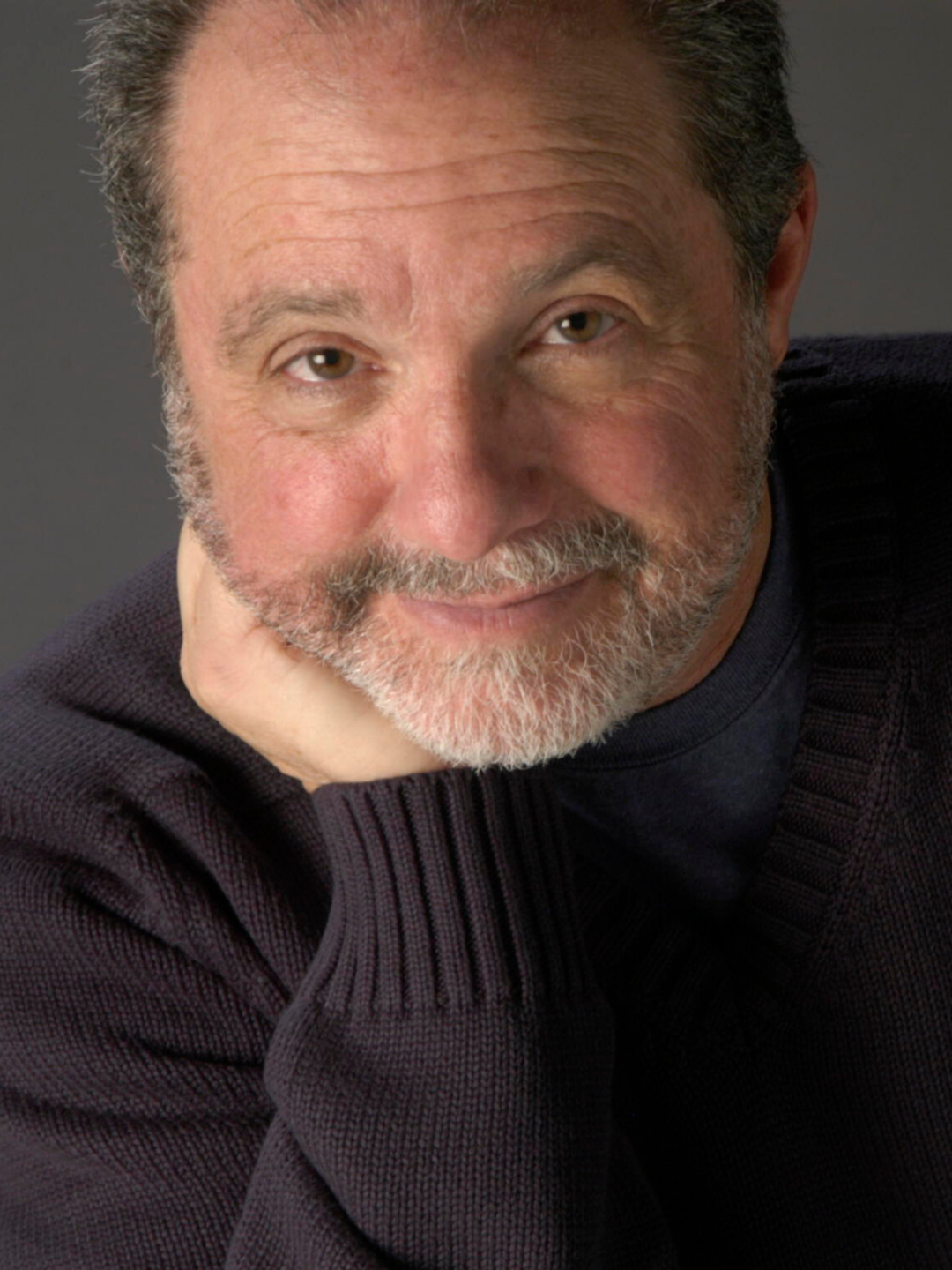 Do You Feel A Calling To Share Your Film With The World?

Over the years, Stephen Simon received hundreds of requests to read books and scripts, review film production and marketing plans, look at rough cuts of films, etc. Even though time restraints have prevented him from getting involved in these projects, it always excites Stephen to see someone following their passion. On the other hand, it also saddens Stephen when he hears about people wasting thousands of dollars and months of effort trying to develop their film projects, when a few words of good advice at the right time could have paved the way for them. As Stephen resonated with these feelings, he began wondering what he could do to try to make a difference with a few people and projects to which he could devote his attention and energy.

Out of that process, the Film Mentoring Program was created, both for general subject matter and also for films that are faith-based.

Stephen Simon has very unique life and professional experiences to share with you.

Stephen ran the creative side of the production companies for two legendary Hollywood producers: Ray Stark (“The Way We Were”, “Funny Girl”, “Annie”) and Dino deLaurentiis (“Serpico”, “Three Days of The Condor”, “King Kong”.) Stephen’s first film as an executive was “Smokey and The Bandit” and he worked on other projects such as “The Electric Horseman”, “The Goodbye Girl”, and others.

Stephen personally developed and produced films such as “Somewhere in Time” with Christopher Reeve and Jane Seymour, “All The Right Moves” with Tom Cruise, and the Academy Award-winning “What Dreams May Come” with Robin Williams, Cuba Gooding, Jr. and Annabella Sciorra. Stephen was also nominated for an Emmy Award for “Homeless to Harvard” on the Lifetime network.

Frank Sinatra was Stephen’s “godfather” and he grew up around Old Hollywood stars. Stephen’s father S. Sylvan Simon was a major film director and producer in the 1940s who made films with stars such as Red Skelton, Abbott and Costello, Lucille Ball, Lana Turner, and many more. Stephen’s stepfather Armand Deutsch produced films with Grace Kelly, Robert Taylor, and others.

Though Stephen found his work in film rewarding, he felt estranged from the Hollywood ethos, and in a search to bring more meaning to his life’s work, he co-founded The Spiritual Cinema Circle that distributed four inspiring films each month to subscribers from 2004 until 2020.

For the last 46 years, Stephen has been intimately involved in almost every possible aspect of the filmmaking and distribution processes. 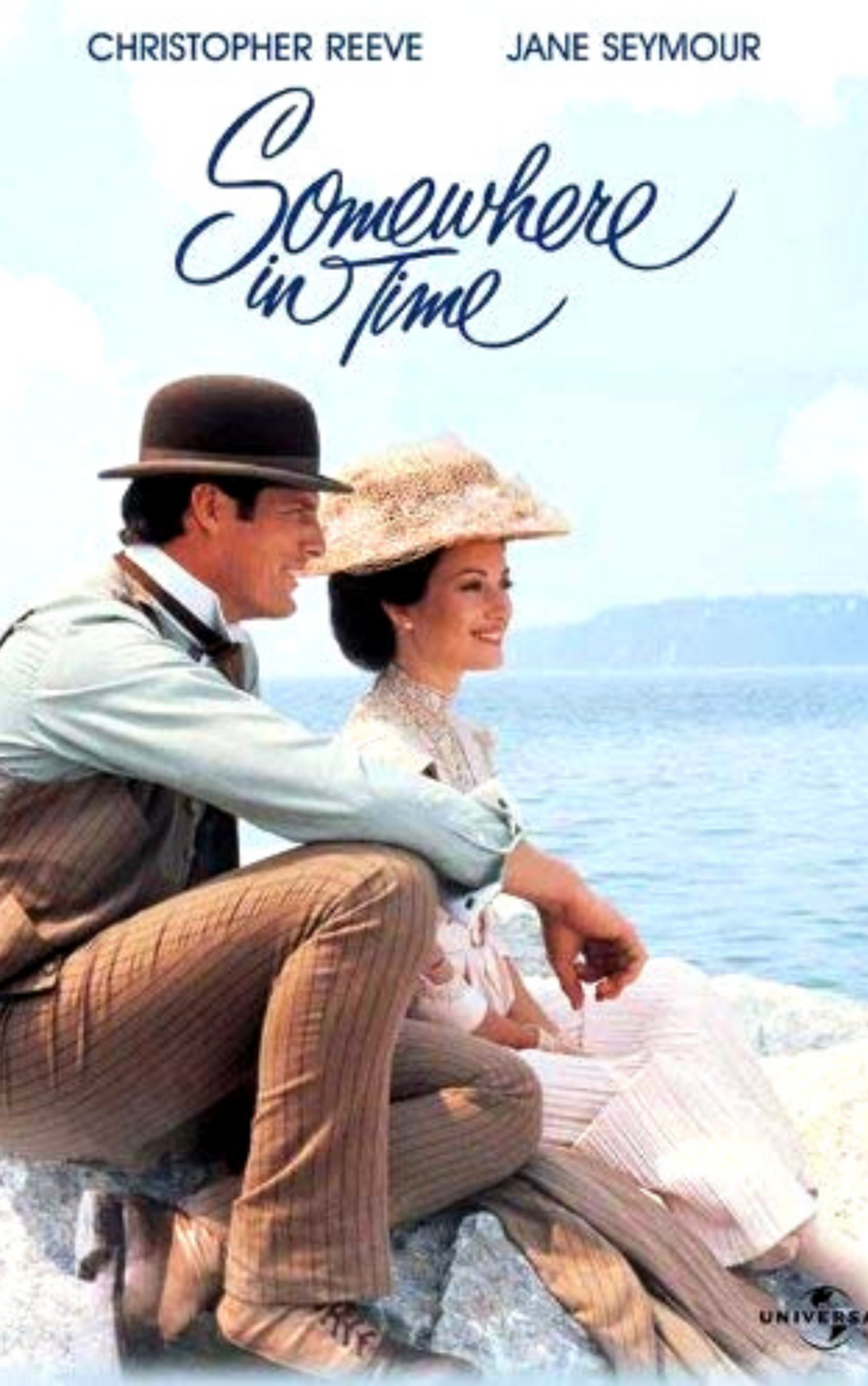 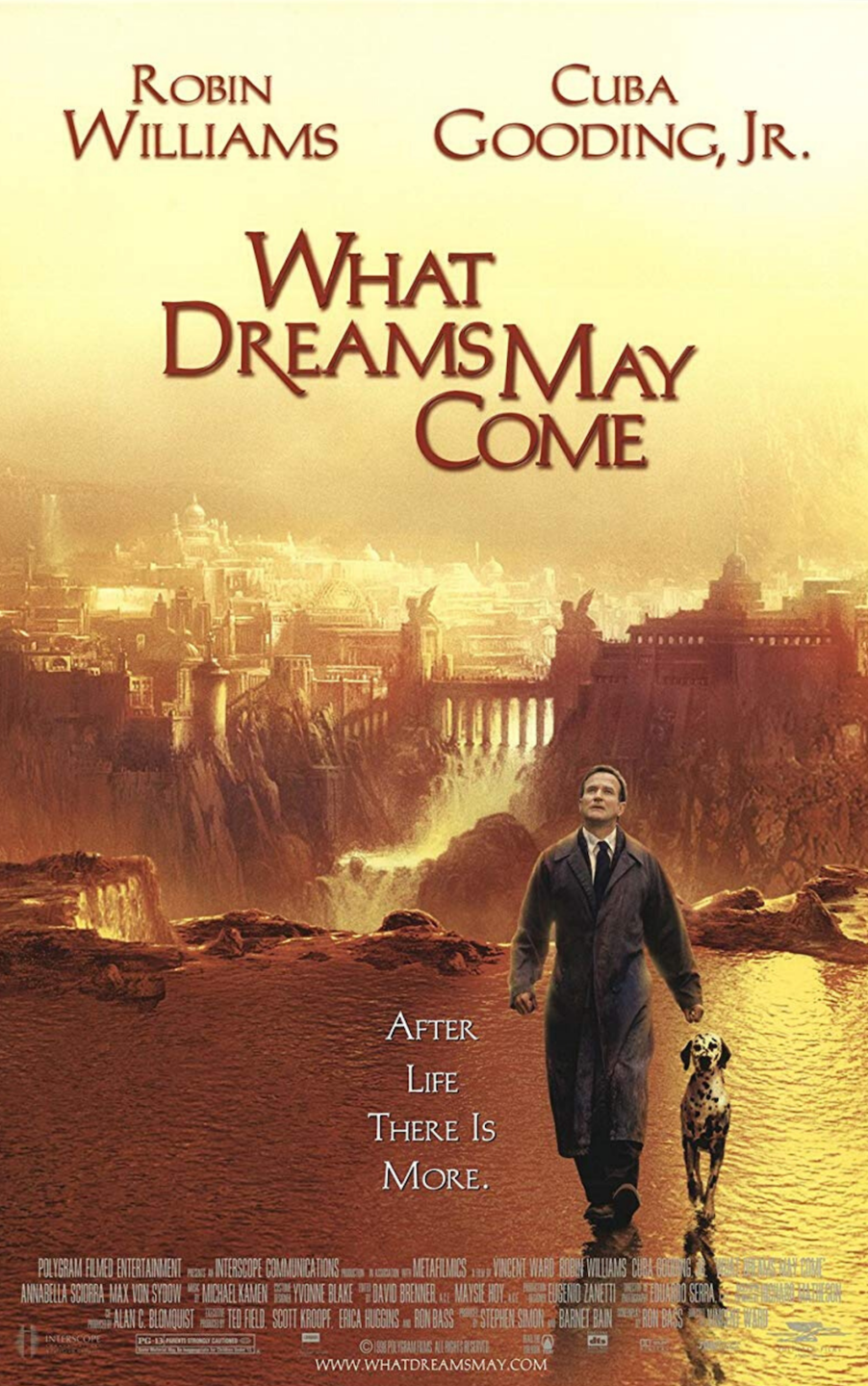 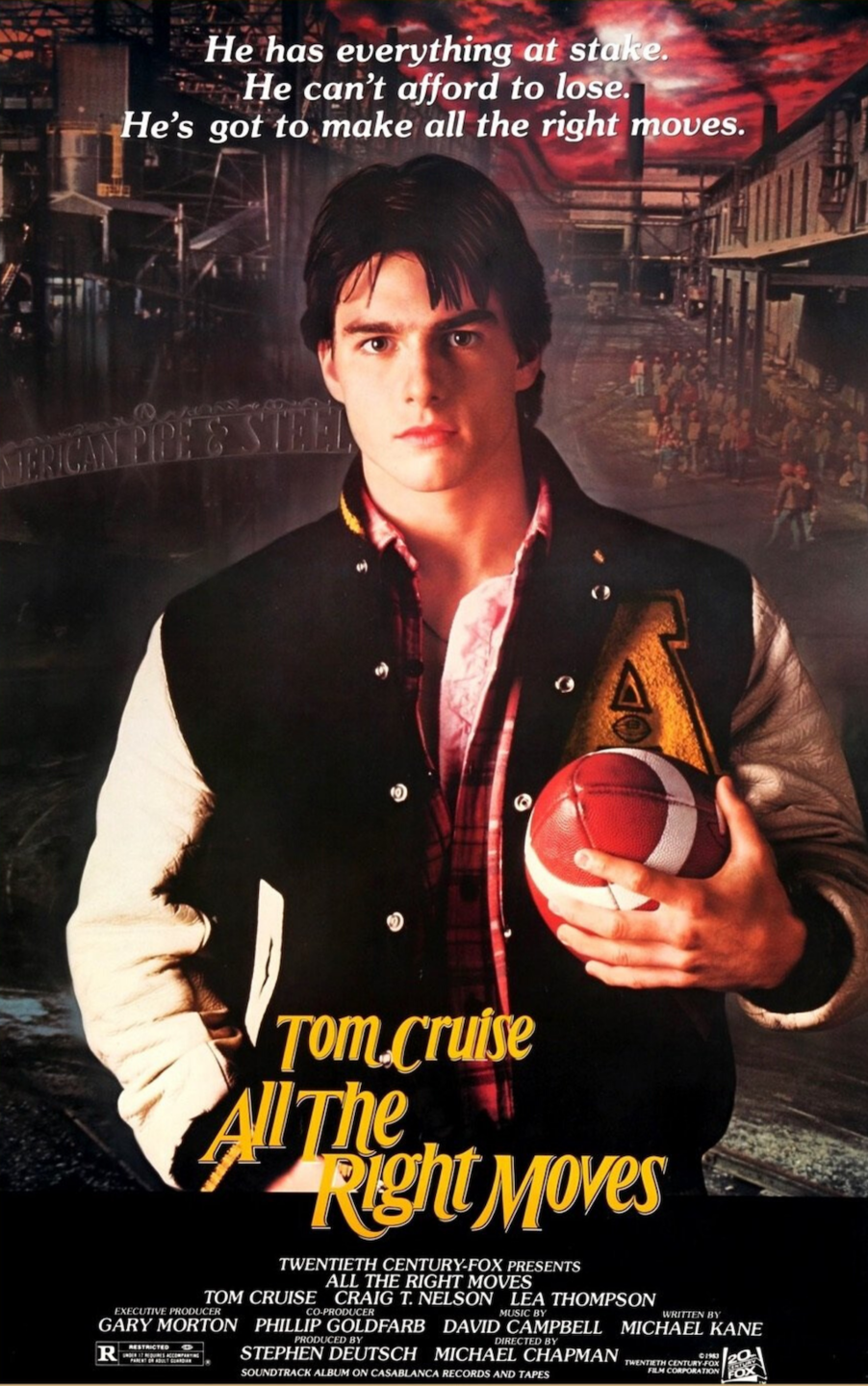 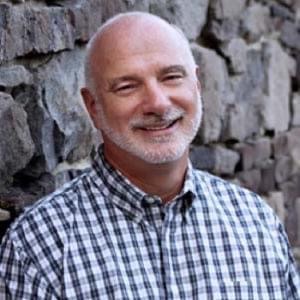 Stephen’s unlikely foil came from the side of the movie business that often precedes the actual film; publishing. Shawn co-owned a chain of bookstores and subsequently co-founded an author promotion company. Over the course of his career, Shawn has bought and sold millions of books and worked with NY Times bestselling authors such as Karen Kingsbury, as well as pre-published writers. Shawn is active in both his church and also in his “advocational passion” Trail Life USA where he serves on the board of directors.

Shawn and Stephen formed a fast friendship based on mutual creative passion, professional experience, respect and humor. According to Stephen, “Shawn’s humor and creative energy know no bounds”. Stephen continues, “Shawn’s extensive and diverse publishing background, matched with his creativity and understanding of readers, fosters a unique depth in projects we work on.  Additionally, Shawn serves as Stephen’s “Christian sherpa” in developing faith-based films, navigating a culture unfamiliar to Hollywood. Thus they join, in Shawn’s colorful words, the pantheon of Butch and Sundance, Starsky and Hutch, and now Simon and Kuhn, as they work together to help you develop your passion project.

What You Bring To Our Relationship:

There are several main factors that you should consider before applying for the program:

What Are Your Strengths and Weaknesses?

Many writers, directors, and producers, etc. have brilliant ideas and gifts, but are unskilled at things like structuring, person-to-person communication skills, marketing, promotion, etc.

Using Stephen as an example here, his biggest weakness in film making was his “utter ineptitude” (Stephen’s own words) with technology. No matter how many times a cinematographer explained camera lenses, Stephen could never quite grasp the concept. And all the technical aspects of post-production? That’s even worse. While Stephen loves the creative aspects of the editing process itself and feels extremely confident in his instincts in that arena, ask him a tech question about post-production and again in his own words, he turns into a “babbling idiot !”

Knowing how inept Stephen is at technical issues means that he needs to be honest with and lean on others who do have expertise in those areas. As a result, there is much less stress because his co-workers know that he will not pretend to grasp something that he doesn’t really understand.

On the other side of the ledger, Stephen considers organization, structuring, development, casting, and creative editing to be his greatest strengths.

A clear-eyed understanding of your own strengths and weaknesses is critically important for our work together.

Shawn on the other hand, though equally technically challenged, believes that if he can think it, for the most part someone can do it.

All that being said, every filmmaker and project is completely unique.

If you would like to apply for this Program, please complete and submit the questionnaire below. We’ll be in touch to set up an interview so that we can discuss together if and how we should proceed.

Lastly, there’s an old saying: ‘There’s good, there’s fast, and there’s cheap. ’If something is fast and cheap, it’s not likely to be good. The Film Mentoring Program is fast and good—so, as you might guess, it’s not inexpensive: $5,000 per month or $12,000 for three months.

“I was set to produce my first film project when I first consulted with Stephen Simon. Stephen immediately saw a better way for me to accomplish my goals for the movie. He showed me how changing the focus of the film, including altering the tone dramatically, would help me to deliver the unique film that I was looking to create. He recommended a specific writer and director, one who would be able to help with improved arrangements for locations, equipment, etc. It was obvious that he had my best interests at heart and wanted me to achieve my filmmaking objectives. As Stephen and I continued our conversations, I became increasingly grateful to have his heartfelt, professional input. Following Stephen’s advice, I changed course completely just two months before production began. I am thrilled with the director Stephen recommended and the film itself looks fantastic. Stephen’s wisdom, wealth of knowledge, experience, and humor made the whole process not only rewarding but great fun. I tell everyone that thanks to Stephen’s insights, guidance, and recommendations, I felt as if I was producing my second or third movie, not my first. I’m now so much farther along already than I ever thought possible. I couldn’t have dreamed of a better mentor than Stephen Simon!”

“It is said that the best teachers will show you where to look but won’t tell you what to see. Stephen is that kind of teacher, the best. When I first submitted my completed script I thought I would just need some minor tweaking, but I was in for a big surprise. I ended up rewriting most of it! I am very grateful to have been mentored by Stephen. His instinct, experience and expertise have helped me immensely. Under his guidance, I have been able to learn so much about screenwriting as well as story development. I will soon be working with him for film direction and I can’t wait to start. He will be strict with you but in a very loving and supportive manner. My whole experience in working with Stephen has been nothing short of wonderful and I highly, highly recommend him to others whether you are an experienced writer or a novice! You won’t be sorry. Thank you Stephen, for everything!”

“I love my film ‬so very much, but I’ve known it has needed a serious rewrite to make it tighter. I know that A list celebrities will want to do my film once it’s where I need it to be and this is the film I hurt to make. The problem is, when you love a film this much, it’s hard to know how to make the changes you want without destroying what’s there. I’ve talked to dozens of people about this, had multiple table reads, and everyone just basically loves it and has minimal say on how to fix the issue (that I know is there). You know that point in scriptwriting where you start to think maybe it just needs to ‘go in the drawer’ for awhile and you’ll come back to it later?…well…I was maybe a month from there but I just got off the phone with Stephen Simon about my baby. The baby I’ve been struggling with how to do the rewrite for a year and ONE PHONE CALL with him and I have a direction that not only makes sense and I can totally do, but it makes my heart sing. I can’t believe that I didn’t talk to him sooner. Also, I can’t recommend him enough. If you are looking for a script mentor or a how to get your movie made in general mentor you should most definitely work with him. ‪#‎somuchgratitude‬ ‪#‎letsdothis‬! “